Protecting your home or business has become a lot more manageable. There are multiple ways to monitor and deliver alerts for any building, and each method has been enhanced by faster, smaller computers and increasingly robust communications. Here are a few security system features to consider for your building, along with customization options.

The alarm system's purpose is twofold; to warn the system owner and authorities, and to scare off intruders. Both of these purposes are optional and can be adjusted for different levels of warning.

Why make anything optional? It's all about the type of the intruder, the situation in the building, and the type of alarm. Sometimes, you may not want to scare off an intruder with an alarm. A silent alarm can lull the intruder into a false sense of security, keeping them in the building to finish their job as authorities move in on the premises.

Sometimes you may not want the intruder to finish the job, but it's not as simple as an either/or decision. A murderer or harasser may move faster to their target after hearing an alarm, or they may be scared off by it. A silent alarm may allow the attack to happen.

There are multiple ways to plan for physical violence situations with alarms, such as silent alarms that warn the inhabitants without directly alerting the intruder. This can allow time to escape or take up arms and can allow for the element of surprise against an intruder. Not necessarily an option for everyone, but it's one of many options to build as part of a greater security plan.

Recording the security situation can help for legal protection and tracking down successful infiltrators. Like many other parts of the technology sector, security cameras have been enhanced in the same ways that desktop and laptop computers are either much faster than in the past decade or compacted to the same or better speeds in a handheld system such as a smartphone.

Surveillance cameras record at higher qualities by default. High Definition (HD) is the new normal, and it would be a severe mistake to try to find a lower quality to cut costs, considering how affordable the cheapest systems can be for the massive leap in quality.

Contact a surveillance and alarm system professional to find alarm companies that can service your security needs. 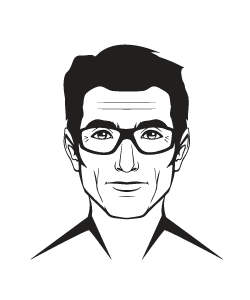 The field of cybersecurity services can seem diffi …

Trade shows are an amazing opportunity to market a …